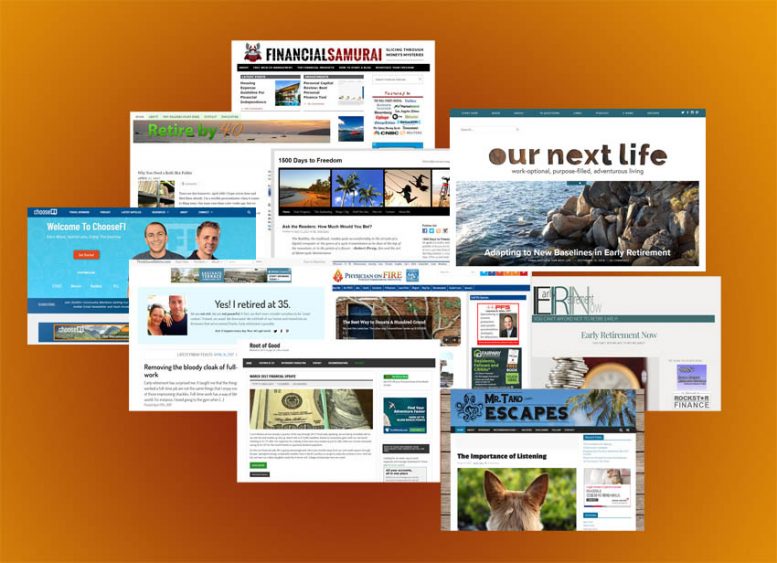 (*The FIRE continues to spread, friends!  So, I’ve updated this post with a couple of additional sites for 2019.)

Look no further. I’m bringing you the 10 best and most provocative FIRE (Finacial Independence, Retire Early) blogs the Internet has to offer.

These sites will challenge your beliefs about traditional retirement and inspire you with possibilities you may have never imagined.

There are some really fantastic FIRE bloggers that have taught me a ton and helped me to better understand my own story of early retirement.  As FIRE bloggers, we all have our own take on “things”, and this is beautiful for readers just like you.

Whether you are a newbie, an experienced professional, or a fellow PF blogger, you get to pick and choose the best information and/or learn from those you naturally resonate with.

Today I’d like to share some of my favorite sites in this FIRE category.  These provocative FIRE blogs are the real deal.  These bloggers are living proof of early retirement or have found financial independence early on.  Although not all of them publicly state their net worths, a good chunk of them are millionaires and/or multi-millionaires. 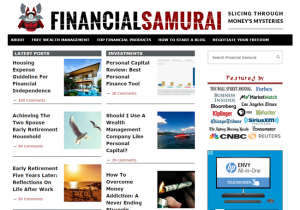 – There’s a good chance you already know of FS because Sam is a veteran blogger who writes tirelessly, with conviction, and is also entertaining.  Sam retired early in his 30’s after a successful career on Wall Street and is truly on FIRE (Financially Independent, and Retired Early!).

He has a work ethic that most of us can only aspire to but is very humble.  He’s willing to help out bloggers just starting out (like I was back in 2015).  I’ve had the good fortune of meeting Sam in person at FinCon and providing a guest post (the one I’m most proud of) to his savvy community. 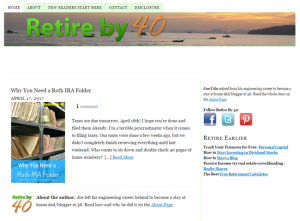 Retire By 40 – RB40 is by Joe Udo, a former Intel engineer, who had enough of the rat race.  He retired in his late 30’s so he could become a stay-at-home Dad (SAHD) and blogger… just like me!  Like FS, Joe has been around for a while (2010) which is a long time in the PF blogging community.  In fact, he chronicled his journey even before he quit.

Today he’s able to supplement his family’s cash flow with online income from his blog.  He’s amassed an impressive portfolio and well diversified into real estate also.  Joe’s a great guy and another blogger I was lucky enough to meet last year at FinCon. 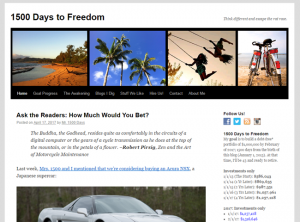 Mr. 1500 (Carl) has been FIRE’d for a couple of years now.  I’m pretty sure he’s loving it.  He’s also been featured on some major news publications too. I first met Carl a few years ago when he came to San Diego for a vacation with the family.  Dom from Gen Y Finance Guy had set up a time to meet up with Carl and invited me along.  It was Christmas time, so I brought along some homemade chocolate chip cookies for him, and we’ve been friends ever since!

Carl’s writing is witty and fun.  His original premise of the blog was to track his journey to FIRE over the course of 1500 days.  Of course, you already know the spoiler (he made it, and then some!), but it’s really eye-opening to read his journey back before it actually happened.  If you see him at FinCon and want to catch his attention, just start asking him about his favorite pale ale. 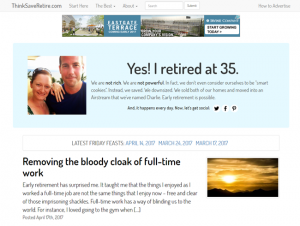 Think Save Retire – Steve is an active early retirement blogger that recently stepped off the rat race himself.  He doesn’t consider himself rich, but he’s saved diligently and amassed enough to FIRE with his wife.  He’s done a full 180 degree turn when it comes to pursuing the “finer” things in life and lives a frugal, but complete life with his wife.  They recently purchased an Airstream which they live and travel in now that he’s retired (btw, he’s only 35).

You’ll also find him as an active participant and moderator at Rockstar Finance Forums.  He’s helping J$ to consolidate the best PF blogs out there.  Steve is also an avid photographer. 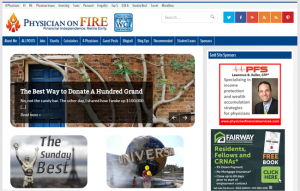 Physician on FIRE – PoF, as we like to call him online, is a practicing anesthesiologist and FIRE blogger who’s exploded into the PF community with a friendly and informative presence.  He does a fantastic job of helping his fellow physicians.  Unfortunately, many physicians aren’t financial savvy because they’ve focused their efforts elsewhere and they are taxed like crazy!  PoF is here to help bridge that gap and give them FIRE options they may never have considered.

He’s just been blogging a little over a year, but is quite literally EVERYWHERE!  I’m not sure quite how he does it all, but it’s certainly inspiring.  He’s also super generous, donating all of his online proceeds.  Oh and if that wasn’t enough, he gave away $100k to charity!  Respect. 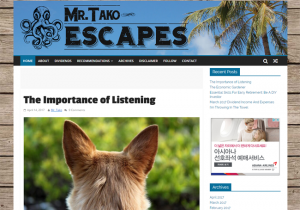 Mr. Tako Escapes – Mr. Tako is a financially independent father of 2, savvy dividend equities investor, and fellow early retiree.  He blogs about early retirement, FIRE, and fun related hobbies that expose his naturally frugal personality.  Tako amassed over $2M in net worth by the time he was 38 years old and did it without real estate, businesses, nor an inheritance.

He also loves cooking and eating good food, but doesn’t spend a ton on it (like some other frivolous blogger I know personally).

Mr. Tako definitely marches to the beat of his own drum and I respect him for that.  Check out his Financially Alert interview he did with me here. 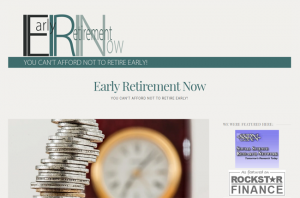 Early Retirement Now – Mr. ERN and wife are on a solid trajectory to retire early in 2018.  They’ve already saved up a sizable nest-egg (as they’ve recently disclosed).

I actually only stumbled upon ERN recently but was super impressed with the detailed paper written about safe withdrawal rates for early retirees.  You see, once you actually retire, capital preservation and depletion should be a metric you are watching closely to ensure you can live indefinitely without needing to go back to work.  Mr. ERN took over 6.5 million samples to generate results that help early retirees like me to see the need to stay conservative with withdrawal rates and to NOT simply accept the commonly accepted 4% rule. 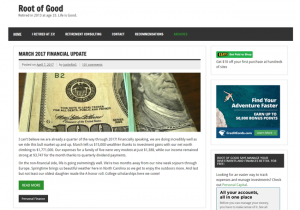 Root of Good – Justin retired early at the age of 33.  The great thing about his story is that he’s an example of a hardcore saver who has created wealth at a young age but without a huge salary.  His monthly expenses are truly a piece of art and subject to high levels of scrutiny and doubt (since most people can’t believe what he’s been able to do!).

Justin also publishes monthly financial reports similar to mine which allow you to follow along in full detail.  His NW has been very close to mine and you’ll see our numbers often duking it out!

ONL was once an anonymous FIRE blogger.  But, it’s kind of hard to stay anonymous when you author your own book!  Tanja Hester’s book, Work Optional, is a practical guide to rethinking work & money.  She is an excellent writer and won numerous awards for her thought-provoking blog.  Her “partner in crime” is Mark. 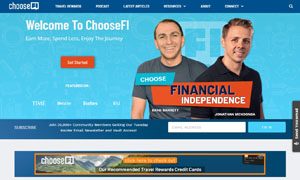 – ChooseFI has exploded onto the FI/FIRE scene with an incredible podcast that I can’t get enough.  Brad has already reached FI and Jonathan is well on his way.  Together they make a remarkable team.  Jonathan has a knack for refining complex ideas into easy to understand chunk.

As a side bonus to awesome FI content is credit card hacking how-tos also!  Brad is an expert in this field and helps you to walk through the exact steps needed to begin and optimize along the way.

I should iterate that I’ve only scratched the surface here.  There are a ton of other great PF blogs out there that each brings a unique voice with their individual story.

Readers, what other FIRE blogs should I be reading?  Which of these FIRE blogs will you be (or already are) reading?