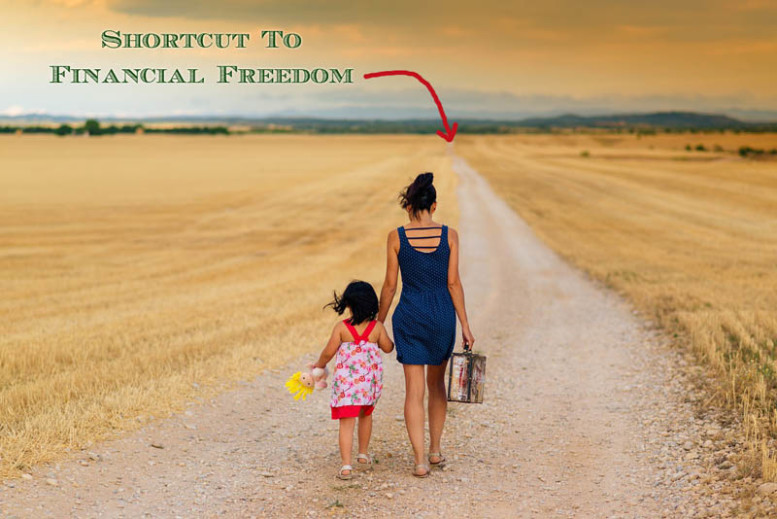 Are There Really Shortcuts to Financial Freedom?

You bet there are! In fact, I’m going to highlight 7 shortcuts to financial freedom that I’ve used myself, and show you how you can use these too… well, most of them.

Why Does “Success” Move at a Different Speed? 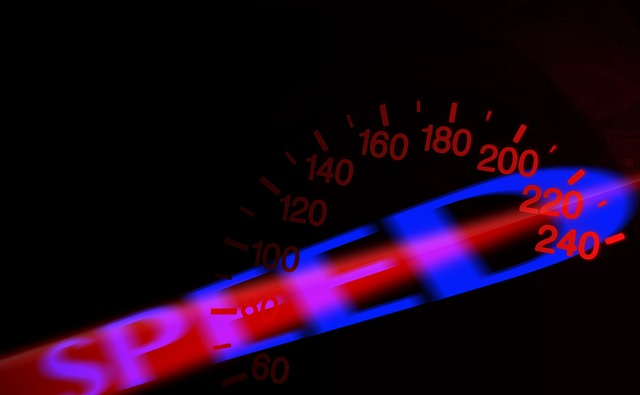 Do you ever notice that people’s “success” occurs at different speeds?  Ever wonder why some friends seem to keep bursting through goal after goal while others seem to be stuck in the past?  Where do you fall within this range?

It’s not a mistake, those people who find success seem to be moving quicker.  They have likely found shortcuts to get to their outcome quicker and faster than most.

If you know where you are going, multiple paths will open up many times.  Shortcuts are simply the most efficient route to your desired outcome.

It’s not a coincidence that I list this as the first shortcut to wealth.  Your beliefs of what is possible (and not possible) will have a direct impact on your ability to create wealth within your lifetime.  The sad thing is that most people will stop before they even get started.

“You need money to make money.”

“Money is not that important to me.”

The good news is you have the ability to exchange disempowering beliefs for empowering ones!

“If I am creative I can create money out of thin air!”

“Money is important to me so I can make a larger positive impact on this world and leave it a better place.”

*Need some more examples?  Read my post – You Will Never Be Rich With These Beliefs.

It’s a funny thing.  Once you discard your limiting beliefs, your mind will automatically take you forward.  I always knew I’d be a millionaire well before I ever had a dime to my name.  Why not you too?

I always tried to find shortcuts.  In fact, I thought I was pretty clever.  But I quickly got educated that taking a test in high school is NOT a team sport…HA!  😉

The good news is that outside of school, business and work can be a team sport.  Building your wealth is usually a direct correlation to the value that you are providing.  So it would stand to reason that the more people you can assemble a team to work towards a common goal, the better!

I’ve used this strategy first hand when I built my own IT services company.  I partnered with people who were smarter and more capable than I was in certain areas, and it made us into a well-rounded team.

The other way you can effectively leverage other people’s time and wisdom is to learn and take massive action based on an expert’s teachings.  But, this shouldn’t be anyone.  It should be someone who has already achieved the goal that you’re trying to achieve.

In the technology age, it’s incredibly easy to get access to some of the smartest and most effective entrepreneurs out there!  Need some inspiration?  Check out podcasts like www.eventualmillionaire.com or smartpassiveincome.com.

No, I’m not speaking of rituals in a religious sense, but rather rituals as a repeatable habit you subscribe to in order to achieve a specific goal.

Ever been to Muscle Beach in Venice Beach in California?  Do you think that these ripped individuals just woke up one day and found a six-pack on their abs?  Of course not.  They made a decision a long time ago to work towards a vision by acting every day with a ritual to exercise.

The same holds true for those who have achieved Fat F.I.R.E.  They just may not be as visible, but someone with a fat net worth is doing things differently than someone who isn’t achieving the same results.  Some well-known, but important ones include:

Want to know a secret?  It’s easy to create a wealth-building ritual.  It’s also easy NOT to do it.  It’s up to you.  The best thing is once you do it often enough, you won’t need to think about it anymore and creating wealth will simply become a part of what you do.  You deserve it! 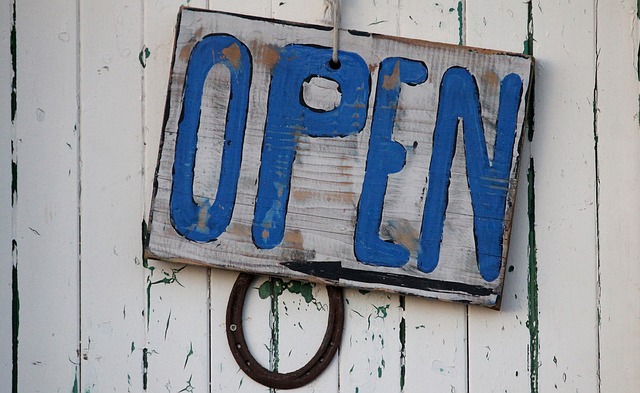 Here’s a shortcut that makes America great!  If you’re creative enough, persistent enough, and don’t fold under limiting beliefs, you can make a HUGE chunk of $$$ creating and running your own business.  This can come from profits, and or the appreciating value of your business as an asset.

There are so many business ideas and opportunities, it’d be a shame NOT to try something while you can.  This is a freedom I don’t take for granted and neither should you if it’s available.  Don’t think you need to come up with the next Uber or Facebook.  There are millions of entrepreneurs that make a decent living providing a service or product to their communities.  Find a need and serve it WELL.  🙂

Finding success?  You can always take $$ off the table during a liquidity event (i.e. sale of a business, or a later funding round).

There are more millionaires created through real estate than any other asset class.  Why is that?  What makes real estate such a great shortcut to wealth?

Real estate has the ability to generate passive income quickly and for long periods of time.

It comes down to leverage and growing your money.  Real Estate can give you access to dual components of cash flow and appreciation.  To sweeten the deal even further, you can leverage your money by adding in debt service (i.e. a mortgage) and use a property manager to handle the property for you.

Want to know more?  Check out my post – What Does a Good Real Estate Deal Actually Look Like?

Okay, so this one, although real, is a bit morbid. Of course, we don’t want to lose anyone close to us. However, when that does happen, it’s a possibility you’ll inherit some money, real estate, or other belongings.

This shortcut happens every day. So, if you are to be a good steward of any assets that come your way, you’ll want to ensure you learn how to best manage this money. If you have any debt, an inheritance can certainly help with that burden. Or, if you don’t have any debt, you’ll want to consider investing and growing your money.

But before you do anything, make sure you put aside a chunk of it… because you’ll probably need to pay taxes on it too!

I left the best shortcut for last.  Most people don’t realize that I’ve won over $453,000 through the multi-state lottery system which has added a nice chunk to my net worth.

The secret is to purchase $10,000 worth of Powerball Tickets EXACTLY an hour before the drawing.  But, the overall jackpot needs to be over $100 million to find an ROI worth pursuing.

Your purchase will give you access to 5000 tickets.  Make sure that you choose the number 7 and the number 38 for at least 1000 of them.  This will increase your odds of winning by 20,000 to one.  We’re actually not trying to win the final jackpot, but the smaller prize monies of $100,000 or more.

Are you still reading this!?  Sorry, I couldn’t resist.  😉  We’re almost to April Fool’s Day!!

The real shortcut #7 is NOT taking your money too seriously.  Financial Freedom is more of a mindset than anything.  If you make $40k per year in the U.S., you’re already richer than the majority of the world.  It’s all a matter of perspective.  How you decide to live is ultimately up to you.

Finally, don’t forget to have some fun along the way.  There’s no point in becoming a miser and hoarding cash, especially if you aren’t going to spend some of it on people, things, and purposes you believe in.

Remember, shortcuts to financial freedom are usually paths less traveled.  It’s one thing to “know” how to do something.  It’s entirely another thing to actually “do” them.  Do you have what it takes?  Of course, you do.  See you on the other side of a million!

Readers, which of these shortcuts have you participated in?  What other financial freedom shortcuts do you use?

34 Comments on “Which of these 7 Shortcuts to Financial Freedom Do Your Take?”