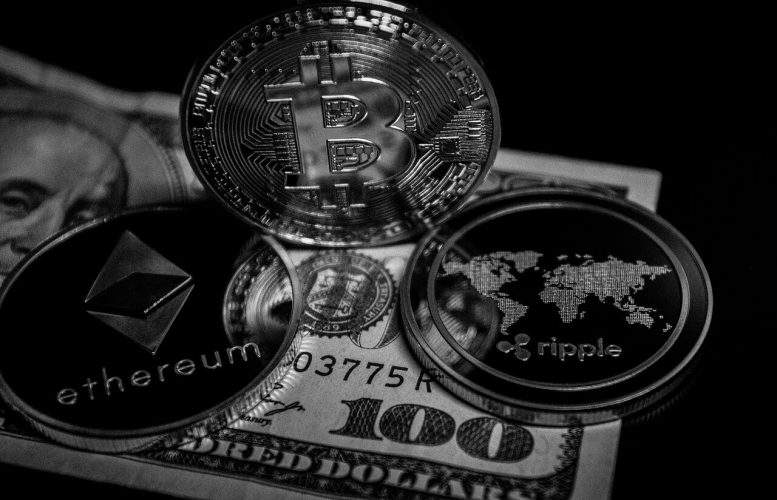 Unless you’ve been hiding underneath a rock, you probably know that Bitcoin has been going for a ride lately and reaching for $50,000 as of late. Will it make it this week? We’ll see.

*Update – I’ve started up an account at BlockFi which actually pays me interest on my crypto balance up to 8.6%!

What Is the Current Price of Bitcoin?

Right now, a single Bitcoin is valued at about $47,505. Litecoin, the streamlined Bitcoin inspired blockchain, is currently worth $205. Ethereum, a decentralized application platform and currency, is now worth $1769. These are just a few cryptocurrencies that are roaring ahead.

Google gets more than 100 billion searches each month, and ‘Bitcoin’ was the second most searched ‘global news’ keyword in all, and the third most searched ‘how to’ keyword was ‘how to buy bitcoin’, according to Google Trends.

If you felt inspired by part one of our “Bitcoin Basics (Part 1)” guide, then you’ve watched the value of these digital coins rise and fall and rise dramatically in the last few months. Now, before getting into other cryptocurrencies and how to buy them, let’s take a look at how to keep your coins secure.

Your wallet is where you keep your money, credit cards, and important identification. You carry it around on your person. You control your wallet. Wallets in the crypto world are not much different, but they are certainly more secure.

When you buy Bitcoin or any cryptocurrency on an exchange like Coinbase, there is a certain level of risk involved in leaving it there. Though Coinbase is FDIC insured, it is better to be really safe than sorry with your investments. If you would like to learn more about the risks involved with leaving your coins on an exchange, read up on Mt. Gox.

When you download a crypto wallet and open it for the first time, you will be prompted with a number of words. These words are incredibly important. They are your ‘seed’ information and are used if your hard drive breaks or you lose your phone. Write them down exactly as they are, in the order they appear, and store that information somewhere extremely safe.

After that, you will log in with a username and password. Make your password something secure, something you will remember, and something that isn’t being used for any of your other accounts. This greatly reduces the likelihood of falling victim to a phishing scam. Finally, you will be given your private key, also known as your ‘send’ key, and your wallet will be fully operational. A ‘send’ key is aptly named because, in order to send your coins to someone, you will need to use it to authorize the transaction.

So, without further ado, here are some examples of available cryptocurrency wallets.

Exodus: This is a software wallet, which means it is a program installed on your computer (like a word processor or a game). Exodus has a modern aesthetic and is widely trusted. It allows you to store a number of different coins in the same place, which is becoming a more prevalent trend as wallet software evolves. This is probably the most popular type of wallet because even in the smartphone era 80% of American adults still own a computer.

Coinomi: This is a mobile wallet that lets you store even more coins than Exodus. It currently only has an app for Android devices, but its iOS version is currently awaiting approval from Apple. The main criticism of mobile wallets is that people might lose their phone, running the risk of someone stealing their coins.

Ledger Nano S: This is a hardware wallet that has support for a variety of coins. Hardware wallets are excellent for security-conscious Bitcoin investors. They are similar to an external hard drive or USB drive.  However, these have a sophisticated encryption system that ensures only you will be able to gain access.

Paper Wallets are a bit more complicated, but they are the last word in security. If you feel like this is the best option for you, paper wallets are available for almost any coin, and a more detailed tutorial on how to set one up can be found here.

Now that you know some cryptocurrency wallet fundamentals, it’s time to talk about altcoins.

What Are Altcoins, or ‘Alts’?

After Satoshi’s vision of a decentralized economy gained traction, a series of competitors, imitators, and variations started to pop up. In the beginning, few cryptocurrency investors cared about these projects, and those that did didn’t trust them. The term ‘altcoin’ originated as a derogatory label for anything that wasn’t Bitcoin.

Since then, though, many successful coins have come into existence and Altcoin began to take on a new meaning. It still refers to ‘a coin that isn’t Bitcoin’, but altcoin mostly lost the negative connotation. Today, most people in the crypto community refer to them simply as ‘alts’. So, the question is: What are they and what do they do?

To answer this, we need to look at specific examples. These are a select few that represent how far the cryptocurrency market has come in just the last few years.

This was the first crypto asset to break out from the herd and grow its own identity among cryptocurrency investors. It works similarly to Bitcoin on a basic level, but it also offers something that, at the time, was completely unique. Ethereum makes it easy to build and deploy smart contracts. This means you can program your own blockchain to have specific utilities and functions that are coded in. These are known as ‘dApps’, or decentralized applications.

For example, Storj is an Ethereum token that aims to decentralize data storage by allowing individuals with computers to monetize extra space on their hard drive by renting it out to people all over the world. You might not have known that reportedly 82% of companies save money by storing data on ‘the cloud’, and there are similar concepts at play here. If each individual’s extra disk space was converted to a cloud server, on the other hand, the money (and power) that would go to big data would instead go to individuals. If that concept sounds a little too fight the power for your tastes, then Bitcoin investing might not be for you.

This is a coin that has recently exploded in popularity due to a great success where other coins have repeatedly failed. A big problem with traditional cryptocurrencies is the amount of energy they use, and the amount it costs to send a transaction. This is most noticeable with, shockingly, Bitcoin itself. Due to the massive influx of users and lack of an implemented scaling solution, Bitcoin transaction fees have gone through the roof lately.

Enter RaiBlocks. This cryptocurrency uses new technology called a ‘Directed Acyclic Graph’. The way it works is all very technical and confusing, but the upshot is free and near-instant transactions. This tech could have massive real-world implications. When you use a credit card, you might not notice a fee, but the vendor sure does. Visa and MasterCard and other big credit companies charge a small percentage of every transaction for using their services. Raiblocks does not. This could if successfully adopted, save billions of dollars in transactions every year.

This coin is perhaps the most immediately promising alt out there. In fact, it is already implementing its solution to supply chain management in hospitals, luxury goods, and a variety of other industries.

You know the chip in new credit cards? That’s a Radio Frequency Identification chip. It is one of the best ways we have to allow objects to talk to machines. VeChain aims to utilize blockchain technology to connect and account for every object in an industry’s supply chain. Currently, up to four weeks per year are lost waiting for misplaced or untracked documents. VeChain would reduce that to zero weeks forever if it achieves its goals.

These are just the tip of the iceberg when it comes to the real-world implications and applications of cryptocurrency as a technological revolution. The real question is: How do you buy altcoins?

Most exchanges follow similar signup processes as Coinbase.  But, they generally have a much wider variety of assets available for trade with Bitcoin, Ethereum, and sometimes Litecoin.

The first exchange, Gdax is actually owned by Coinbase, but is used for more complicated trades. The trick here is to deposit the coins you bought on Coinbase to your Gdax account, and then withdraw them to your wallet. Why? Gdax has no withdrawal fees.

Or, you might want to send your coins to Binance instead. This exchange is excellent for finding most coins you would be interested in. They have more than 100 coins to choose from and a fairly easy UI (once you get used to it).

The last one isn’t so much a traditional exchange. Changelly is a website that allows you to choose the coin you have, the coin you want, and then swap them. It is incredibly easy (just as easy as Coinbase), and it takes almost no time. The only problem is the fees are often quite high.  So if you plan on doing a lot of Bitcoin investing and trading, steer clear from sites like these.

That does it for exchanges, and for the bulk of this article. Just one more thing: What’s next?

The Future of Cryptocurrency

The explosive force with which the cryptocurrency market is hitting the world can no longer be ignored by mainstream investors. This market, and the revolutionary technology that it generates, is creating solutions to problems we’ve hardly even questioned in the past. Where will all of this go? It’s hard to know, but it’s certainly going somewhere.

Is cryptocurrency in a bubble? Maybe… maybe not. When will it pop? Could be next week, could be five years from now, or it could never pop. If it does, will it ever recover? Yes. The technology is too important; it changes too much about the way the world works to go weakly by the wayside.

Readers, what are your current thoughts about Bitcoin and cryptocurrency?  Have you jumped in and start investing in Bitcoin? Why, or why not?