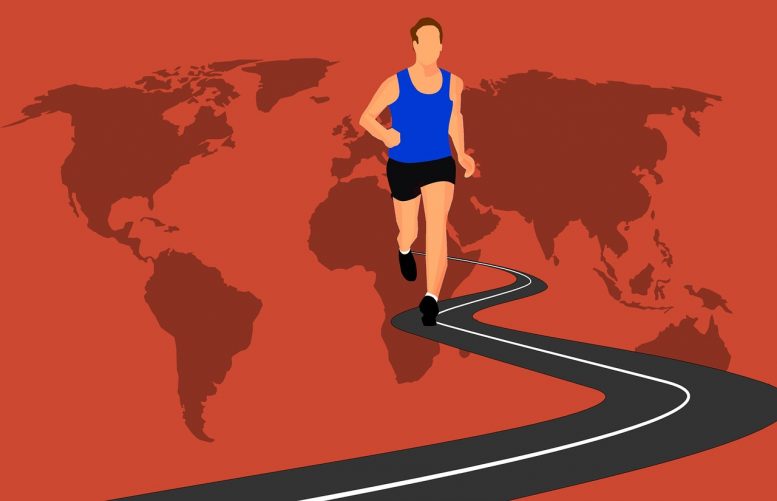 Today I have a special guest, Jay Ceezy, to share his FIRE story and wisdom... Jay doesn’t have a blog but enjoys reading them and adding his voice to the discussion which we bloggers appreciate. So, let’s get to it! 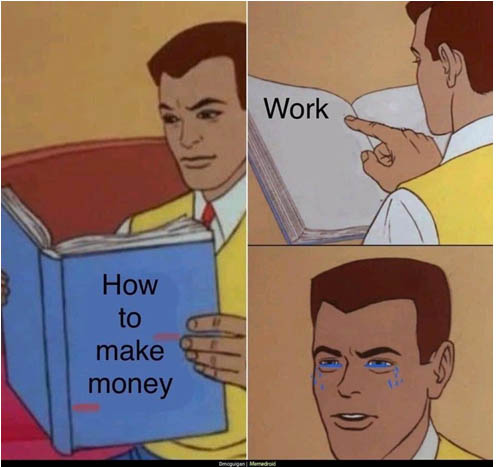 I’m 60 and my wife of 29 years is 62.
We’ve been fully FIREd nine years, and eased into it with reduced schedules and work-from-home assignments.
We had a false start, and 2008 derailed us while we reassessed our risk tolerance.
Like our host Michael Quan, I’m also a fan of Tony Robbins.  I read ‘Unlimited Power‘ in the early ’90s, not expecting much.  It hit me just right, at the right time.  Books and working in the yard bring me peace, and a good night’s sleep.
The latest book I’ve completed is “The F.I.R.E. Planner” by Michael Quan, read it straight through in three hours and highly recommend it.

Michael here – Tune in readers, Jay Ceezy has been at early retirement for nearly a decade. If there’s one thing that I’ve done right over the years, it’s taking wisdom from others and applying it into my own life as best I can.

What types of routines and/or life hacks do you use?

Hacks I appreciate involve respecting people’s time, both mine and theirs.

If I am meeting up with a friend, I prepare so we can have a great conversation.  After we meet, I’ll send a follow-up e-mail informally summarizing our topics, complimenting them on good news shared, wishing good luck for plans shared, etc.  Then I save the e-mail I sent and review it next time we meet up.  We all forget things, and just a few minutes of recap effort can make it a productive and fun conversation that doesn’t cover the same ground.

If there is a phone conversation involved, I pick a day/time I am calling and an alternate.  This gives them two chances to connect, instead of playing ‘phone tag’ forever.

Here’s another, I bring a book when I go to meet with someone.  This way, I’m occupied doing something enjoyable while waiting.  I always arrive early, because I want to respect other’s time.  I learned these from comedian Nick Arnette.

If a friend or neighbor has a continuing complaint or topic and I’ve heard it enough, or someone tells a story to me several times, the hack is to say “let me stop you there.  Is there anything new to your problem (or story)?  Because we have had this conversation, and I have no new ideas for you.”  This is from Scott Adams in his great book, “How To Fail At Almost Everything, And Still Win Big.”

When someone approaches with an opinion (or question that is really an entry point to deliver their opinion) just Smile, Nod and Agree.  Stay out of fights and arguments.  These are ‘status’ disputes, a waste of time, and really don’t make anyone’s life better.  Keep it moving.  And don’t be an idiot, pay your taxes.  This is from the @BowtiedBull.

Interacting with law enforcement – The goal is safety, theirs and yours.  If you are pulled over, turn off your engine, roll down your driver and passenger window and turn on our cab light.  Put your empty hands where they can see them, because man is the only animal that kills with their hands.  I put both empty hands out the window, because their dash camera will record this.  Let them lead the conversation, give simple answers.  They pulled you over, not the other way around, so your conversation is not of equals.  If they ask you to identify yourself, do it.  They want to be ‘right’ just like you do.  Here is something you can use…if you can make them laugh, they will let you off with a warning or a fix-it ticket.  Their days are stressful, and laughter is an involuntary but pleasant physical reaction of surprise.  Stay out of bars after 10pm.  Stay off the road after 11pm.  I learned this from a Ventura County Sheriff training officer who prefers to be unnamed.

Lastly, if I do share a joke, idea, or something I read, I try my best to credit the source.  This accomplishes two things: it keeps others from misunderstanding that I’m trying to present another’s creation as my own, and it also is important that something I repeat be acknowledged to have value for the creator.  I learned this from comedian Todd Glass.

Michael here – These are the most respectful hacks I’ve had to date! You have great respect for others and I’m sure this is reflected in your deep relationships with others. Hmmm… not sure what I’ll do to make a cop laugh… fart nervously!?

Describe your past relationship with money. How has it evolved into your present views today? How do you want it to change in the future?

Love this question, and have recently evolved in my perspective. This is a great example of “the stories we tell ourselves.” Early relationship with money was one of ‘scarcity.’ It is still awful to think about.
My recollection is that I rarely had money. My brothers remember it differently, and say I always had money. Perfect example of a ‘story we tell ourselves.’
Today, we tell ourselves a story that we have ‘freedom’, and our time is our own. Beginning of 2021, our net worth consisted of mostly conservative CDs. Past few months we now have 12% in Crypto, kind of a mindset adjustment for us but the ‘freedom’ allows for this risk.

Michael here – That’s quite the mindset shift to give from CDs to 12% crypto! Hopefully, you caught some nice downswings. I’ve got about 0.0005% in crypto. 😉

Who taught or influenced you about money when you were growing up? What was the impact?

My father was wonderful.  The best thing he ever did was say ‘no’ to my childish requests for nonsense items.
My parents kept their four children occupied (2.5 hours total each school day on the bus) and broke.  Occupied and broke, we didn’t have time or money for drugs, or undesirable associates.
They mastered the art of the Happy Life.

Michael here – Your parents sound amazing. It’s funny, I felt broke myself when I was growing up. Similar to you, I never veered towards drugs or other undesirables.

Do you discuss money or financial matters with friends and family? Why, or why not?

Not really.  We are private people, and my family is pretty low-key on this in the best way.  I’ve made myself available to be helpful to their money goals, but find the few family-and-friends that want to approach this subject are not serious about changing.  They don’t like to hear, and lecture me about “reasons.”  They want the ‘secret handshake’ and I think they know the truth but are embarrassed that decades have gone by without them taking action.  I just smile, nod, and agree.

People sometimes use money to flex on each other, and I never let it get that far.

I have always been a saver, and a senior work colleague, who observed my interest, helped me focus on a strategy when I was in my early 30s.  He introduced me to mutual funds, especially index funds.  It takes a long time to save enough money so that it can throw off significant returns.  Most people take no action and meander their way through the ‘Birth, School, Work, Death’ checklist without a plan.  My plan was always to have the longest distance between Work and Death.  So far, so good.

Michael here – Your reasoning is quite sound. But I still want to know the secret handshake!

Looks like your long-term strategy has paid off nicely.

What is something about yourself that only your closest family and friends know about?

I was an NCAA D1 tennis player, #1 singles and #1 doubles for four years, and have played in seven countries.

I did professional standup comedy for seven years, and have run 12 marathons in under four hours.

Revealing those things to people I don’t know well is unhelpful.  These things were interests of mine for a while, not anymore, but I’m grateful for the experiences.

Michael here – Fascinating, Jay Ceezy! I’m a big tennis fan and my former IT company used to provide help desk support for the USTA. You sound like an amazing athlete. 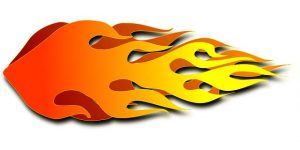 What is your household net worth? Income?

Michael here – I’ll bet that NW is bigger now since you wrote this interview piece. 😉

When did you first hear about FI/RE?

My wife and I were both surprised to learn as I am filling out this interview, that the term originates from the early ‘90s and Vicki Robin and Joe Dominguez’ book “Your Money or Your Life.”
I read it back then upon a recommendation from a friend and was pleasantly surprised that a materially minimalist approach could be a potential path for us.
We have been pursuing FI/RE without having the vocabulary term for it, since we got married in 1992.  A goal like that should be discussed and agreed upon by any couple.  Our master spreadsheet begins in 1996 at $330K NW.
Michael here – Yes, YMYL is a fabulous book and it sounds like you’ve taken it to heart. I love that your master spreadsheet begins in 1996 at just a tenth of your current NW.

Do you believe sacrifice is necessary in order to achieve FI? Why, or Why not?

FI is within everyone’s reach with minimal sacrifice, with a little planning and enough time.  Scott Adams emphasizes ‘systems over goals’ and a work life of four decades combined with systematic investment into low-cost index funds and various can turn into comfortable Financial Independence.

It is the RE that can be a challenge, and takes sacrifice.  For most of our contemporaries, it is a ‘dream’ and never gets defined to the plan/system/goal stage.

We have seen a few people we know hit a spot of luck and the best among them express gratitude for their inheritance and their forbearers’ work and planning.

Michael here – Love it. As you know I truly believe FIRE is accessible to anyone who takes the time to do the work and plan strategically. And you’re right, if you don’t have anything to RE to, then maybe you should work a little more… and it doesn’t have to be in your field of “expertise” especially when you reach FI.

What are your favorite FI or FIRE websites, podcasts, blogs, etc.?

The main three are:

who exposed me to our host Financially Alert.  All encouraged me to write guest posts, found at the links.  My knowledge of the PF blogging community is incomplete but there always seems to be something new and interesting.  I like the subject and community, it is supportive and easier to discuss money online than in real life.  So, I keep hanging around the comment sections, like a winery dog.:-)

Lastly, here is some great advice given to me over the years, maybe readers will find of interest.

Here are some items for which I have changed my perspective, over time.

Believed these, but now do not.

Did not believe these, but now do.

Michael here – I love that you reserve the right to change your mind over time, and you’re not ashamed to share it. Thank you so much for taking the time to share your thoughts with us.

Readers, what is your favorite takeaway from Jay Ceezy’s story?