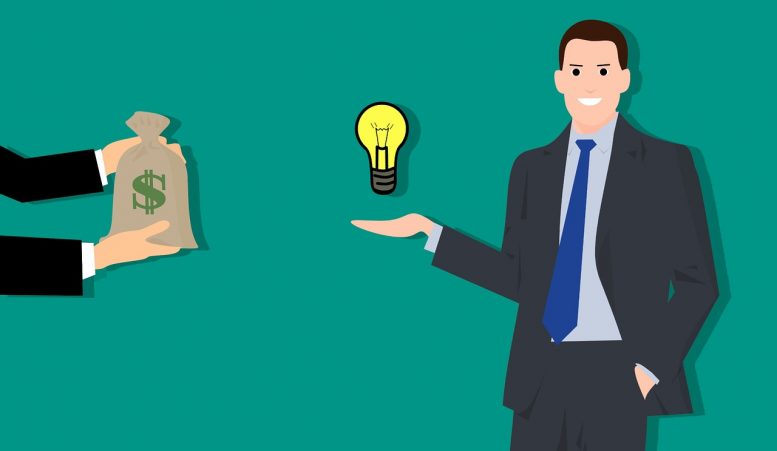 Are You Getting Paid What You are Worth?

It’s an interesting question because we all have opinions about this.

I definitely thought I was getting overpaid during my first 9-5 job!  Ironically, just a short year later, that sentiment shifted 180 degrees and I asked for a raise.

Later on, when I was my own boss and running my IT company, I felt I was getting paid appropriately.  However, I had a chunk of employees that felt their compensation need an adjustment upwards.  In some cases, I agreed, and other times I did not.

So, I implemented a compensation model that paid our employees on performance metrics (also known as pay-for-performance, or PFP).

Because the majority of my employees were technical, I decided to create a PFP compensation model that would incentivize efficiency, excellent customer service, and initiative.

Let’s say we were paying an I.T. tech $90,000.  We’d take $60k and use that as a base.  The remaining $30k would be used as a target performance metric of a satisfactory job.  Depending on how the tech did that quarter, their compensation would be adjusted and prorated for the coming quarter.

It actually made a lot of sense to us as the management team and the employees seemed to like it.

However, that didn’t last long.  After an initial push towards achievement, the techs seemed to get a bit restless and stopped pursuing the higher incentives.  It was perplexing to me because why wouldn’t you want to max out your potential and do your best work?

Part of the problem was the PFP model became a bit too complex.  Our techs couldn’t follow it that easily and felt slighted when it came to their quarterly reviews.  So, after a couple of years of this model, we decided to move back to a more traditional model with a larger bonus structure based on performance.

So, why is it there is typically a discrepancy of what people believe they should actually be getting paid?

Where does that discrepancy come from?  And, does it actually affect the quality of the work we do?

Once we moved back to a traditional model, I often wondered if that was the best efforts we were going to get from our employees.

Whether it’s valid or not, many people feel a certain amount of entitlement from their employer.  I observed that most believed they are being “underpaid” vs. “over-paid”, even if their salary was in line with going rates.

I don’t think there is anything wrong with that per se, but keeping that mentality puts you directly in conflict with the organization trying to groom employees for the long haul.

Another area that I had trouble navigating was providing extra benefits in the office.

We thought we were a “cool” tech company by providing free drinks, snacks, and lunch once per week.

However, over time, employees began to take some of these “benefits” for granted and even complained about them insisting there should be even MORE.

As the employer, I felt slighted because these costs were company directly out of our company coffers, but we also wanted to keep the employees happy.

So, where do you draw the line?

And, as an employee, how much is enough to keep you happy (long-term)?

One other observation I noticed with my employees, was that the best techs didn’t necessarily make the most money.  Why?

Well, the best techs didn’t keep asking for raises which made them mini profit centers.  These guys were like gold and only 20% of the techs exuded these qualities (no matter how much we interviewed and hired).

Certain employees were also better at negotiating, while others were more content to wait for a traditional annual review before asking anything new.

The employees that voiced their concerns the most typically got paid the most.  However, they also had to put up results, otherwise… bye-bye.

Compensation Will NEVER be Equitable

In the end, I realized that compensation will never be equitable.

As much as your employer does to try to keep everyone happy, it’s simply not possible.  Everyone’s situation and timing are a little bit different.

Rather it’s best to align your own efforts with your company’s to ensure you are both growing from the end result you are both after.

If you do not, you are only cheating yourself and getting caught up in the rat race.

Back to the Original Question

So, are YOU getting paid what you are worth?

Here is some food for thought…

You are getting paid EXACTLY what you are worth!

How do I know?  Because you are where you are and accepting a paycheck for what you do.

The good news is this.  You can change that!  You can choose to not accept what you’re getting paid and do something about it.

If your job or position doesn’t support your ideal vision, then manifest it.

Getting paid what you’re worth, or even more, is an important skill to hone.  The more you can earn, the more you’ll be able to save/invest.

Catching FIRE is so much easier when you’ve got room to live comfortably AND place money aside for investments.

We find ourselves in an interesting place on the cusp of a recession, but with a strong job market, there’s still time to negotiate a solid return.

Readers… are you getting paid what you are worth?  What should you be getting paid?  How do you feel about pay-for-performance incentives?  Do they work?

For those that FIRE’d already, how did working for a paycheck affect your decision to retire early?

22 Comments on “Are You Getting Paid What You Are Worth?”